Head & Neck Cancer is a complex and heterogeneous disease for which conventional prognostic approaches based on TNM staging are not always capable of providing the accuracy that clinicians need when deciding about the best treatment. The BD2Decide Project has researched new models that leverage Big Data and Machine Learning technologies in order to achieve such accuracy.

Given the excellent scientific results obtained by the BD2Decide research, the Project Consortium — of which MultiMed Engineers is a Partner —  has planned the execution of a Health Technology Assessment (HTA) study, aimed at extending the analysis to the potential economic impact of the application of BD2Decide models in the clinical practice.

The HTA has been conducted by MultiMed Engineers, using the MAFEIP Tool.

The application scenario is represented through a pair of two-state Markov models, as illustrated in Figure 1 below. 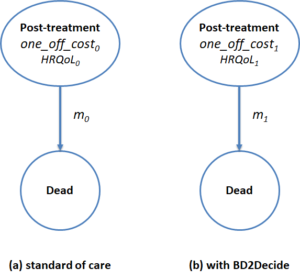 The usage of two-state models is typical of scenarios where, as in BD2Decide, the impact of the intervention is linked to the prevention or the delaying of death.

The two states represent, respectively, the health state of the patient after treatment and the dead state. The “Post-treatment” state has associated cost, HRQoL and mortality rate parameters. In particular, with reference to Figure 1:

Based on expert opinion, four different treatment changing scenarios have been proposed for analysis through the above  Markov models. Even though treatment decision varies case by case, based on multidisciplinary tumor board consensus, and even though any change in treatment standards strictly depends on the conduction of randomized clinical controlled trial, some hypothesis could nevertheless be tested.

For example, with reference to Oral Cancer patients (a subset of Head & Neck Cancer patients), such scenarios are related to hypothetical escalation and de-escalation approaches along three common treatment strategies:

Using as an example the 48 gene signature for OC patients, developed by BD2Decide Partner INT and validated on the BD2Decide cases’ dataset, the Markov model parameters and sensitivity ranges illustrated in the following Figure 2 have been derived, based on the BD2Decide dataset itself, scientific literature and expert opinion. 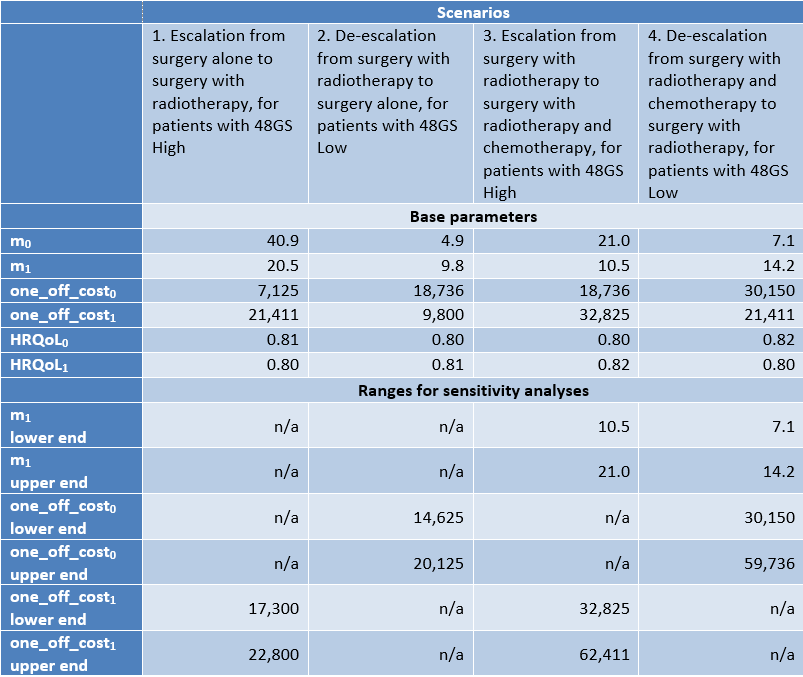 Figure 2. Markov model parameters for the case of 48 gene signature model for OC

By providing such data as input to the MAFEIP Tools and by running the Markov models, the Incremental Cost-Effectiveness Ratio for the application of the BD2Decide prognostic models in the clinical practice has been derived. 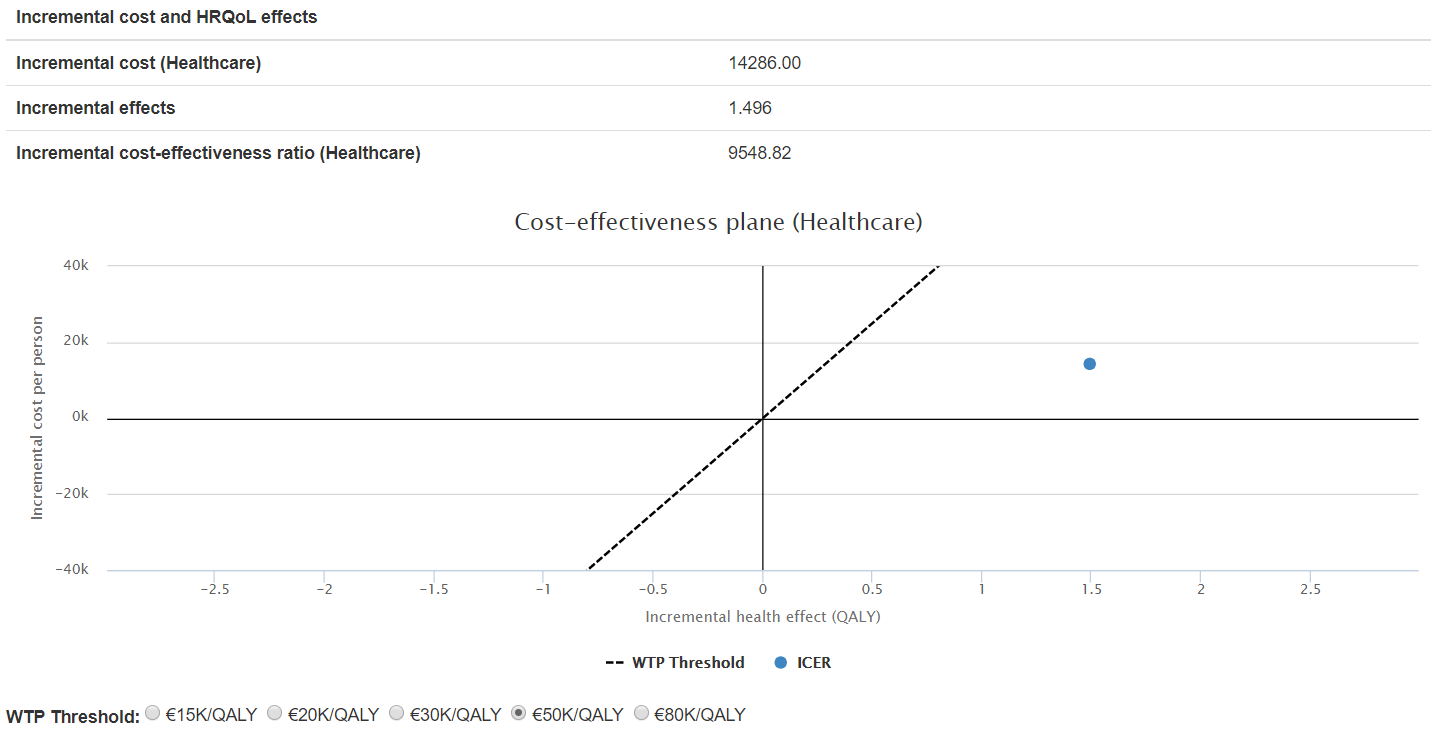 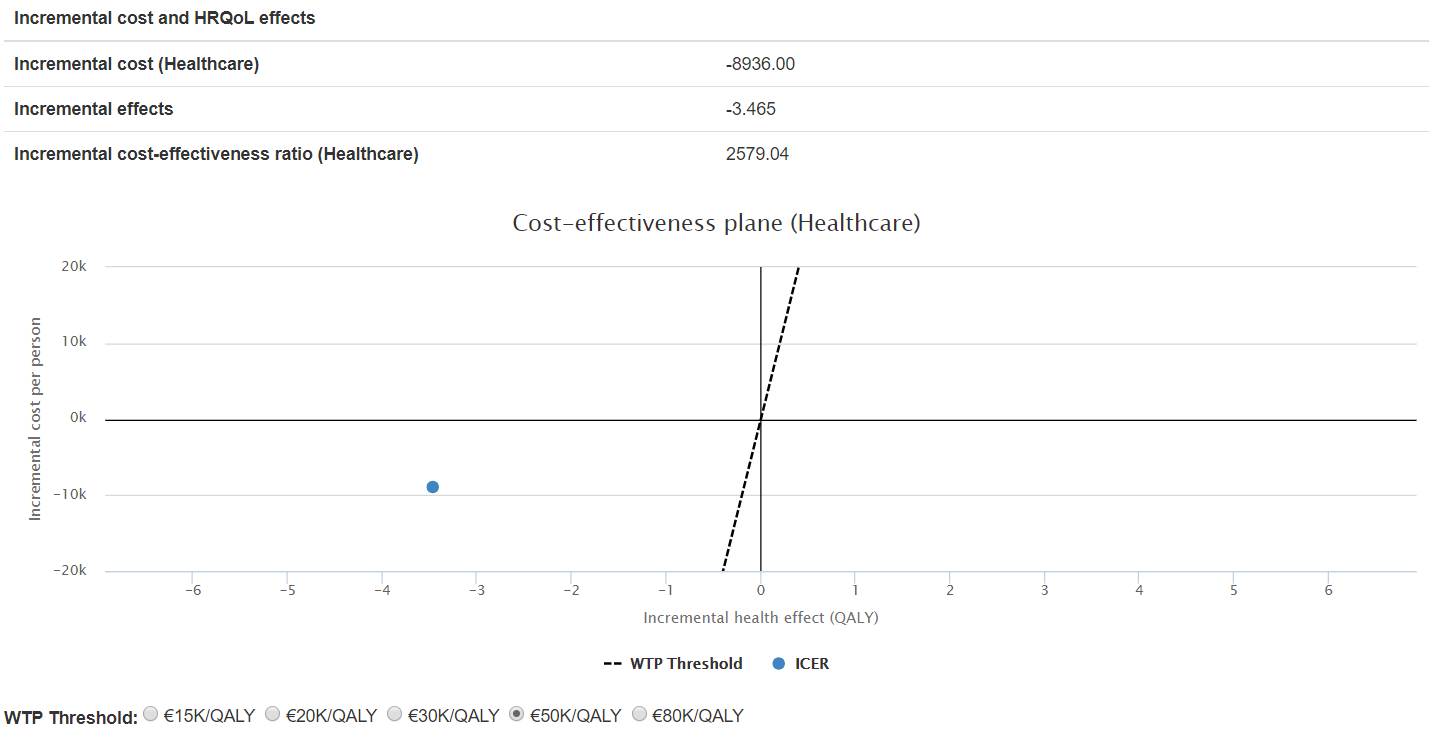 Sensitivity analysis shows that such results are stable against variations in the parameters with higher uncertainty (see for example Figure 5). 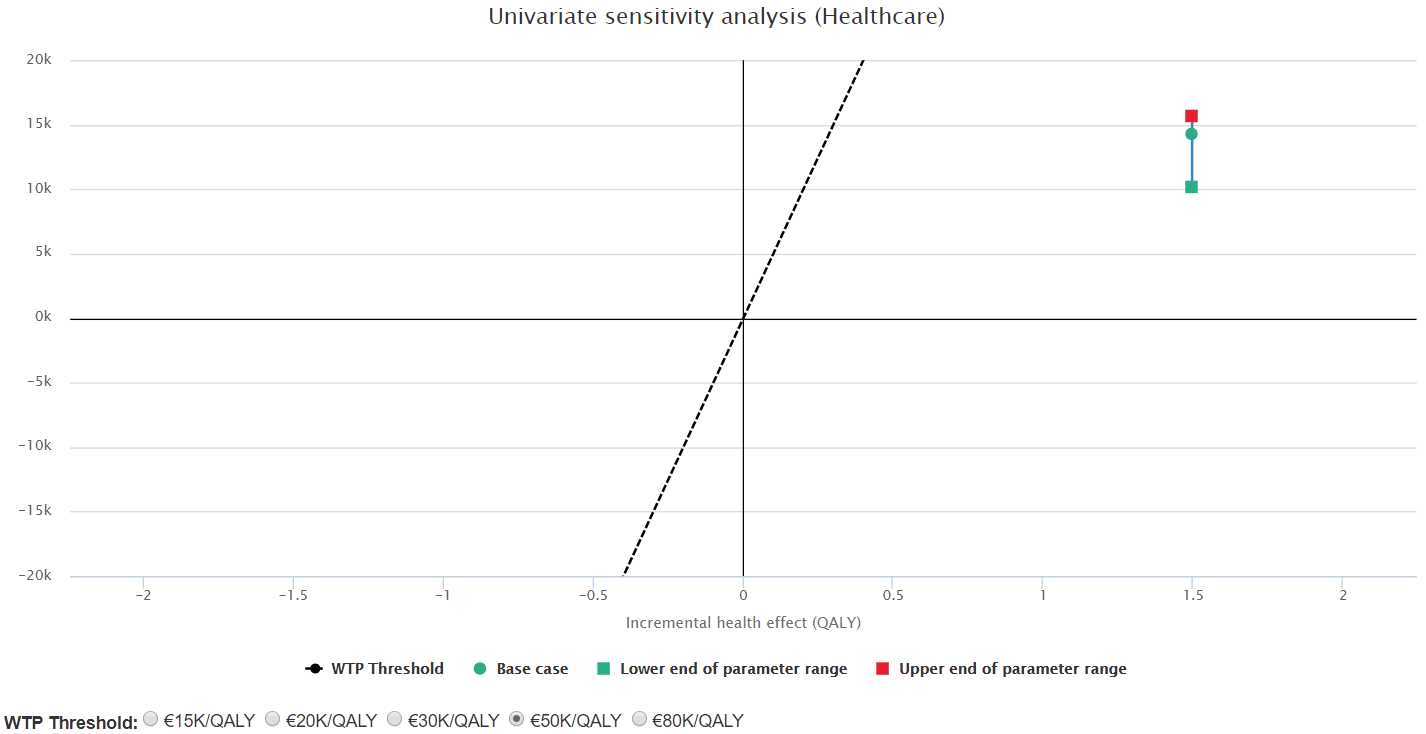 Although the above results have to be taken carefully given that the intervention arm in the Markov models had to be estimated based on expert opinion and literature (the BD2Decide study followed an observational design), it still represents an important result that locates the BD2Decide models’ ICER in the area of 15,000 €/QALY, a quite reasonable value given the high risk context of Head & Neck Cancer.

This work is published as an exploitable result in the EU Horizon Results Platform. 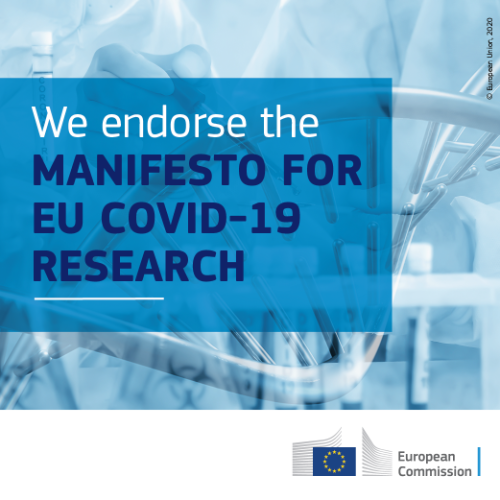